How do you respond when you make mistakes?

If, when you make these mistakes, do you consider yourself a failure?

How does that make you feel?

But, if I said to you that all science, all science is based on the notion of failure. Does that make sense?

They just re frame it and say “its trial & error”. We perhaps can understand that.

A biologist is looking say for a cure for fighting infections. Let’s call him Louis Pasteur. Now he gets up in the morning knowing that he is going to fail. Happened yesterday and the day before that, failure.

But instead of trying the same process again & again he says, Ok I have done it this way, so now I am going to do it another way. He fails again. But he knows that if he keeps making slight adjustments he will eventually succeed.

So, scientifically, logically, when we make mistakes, we should congratulate ourselves, pat ourselves on the back and say well done because we are nearer to finding a solution to our problem. 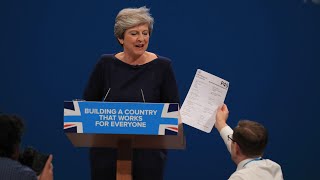